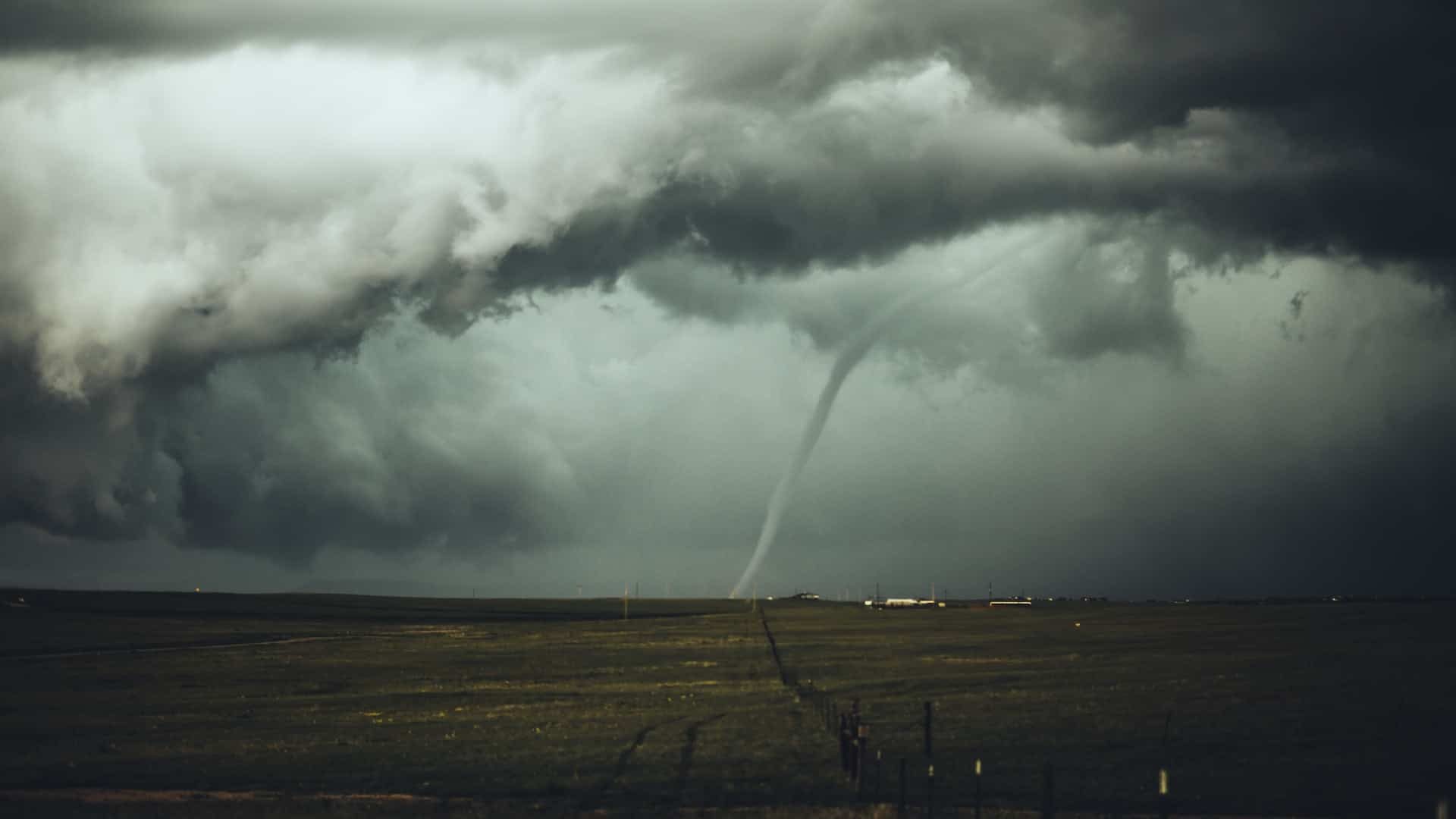 Why Do Tornadoes Happen in More Rural Areas?

Tornadoes are a force of nature and can inspire fear, worry, and as with most things, curiosity. There are many facets of the formation of a tornado that we are still learning about, but a common question many people will have is why tornadoes hit rural areas so often rather than urban ones.

The answer to this question has more to do with probability than with any environmental or geographical concerns. Tornadoes hit urban areas less because they occupy only about 2% of the global surface. Therefore, a tornado in a rural area is just far more likely to occur.

The tornado can be a fascinating subject, as there is still much about this natural occurrence that we need to learn about. As such, keep reading this article if you are interested in learning why tornadoes mostly occur in rural areas, what causes a tornado, and when it is likely to happen.

While Tornadoes in urban areas are rare, they do hit the cities every now and then. A common question that comes up for a lot of people is, why is this the case? Why don’t tornadoes hit cities more often, and is there a geographical reason behind this issue?

The answer is less about geography and more about how big or small cities and rural areas can be. If you think about it, while urban areas can have high populations and are crucial to developmental projects, they usually cover a very small area in comparison to rural areas.

Tornadoes can and do hit urban areas, but this is a rare phenomenon. And because these are areas that have a dense population, the impact is often more devastating and likely to gather much more interest and attention than a tornado in an open field, causing minimal damage.

Because urban areas only cover about 2% of the surface of the Earth, you can clearly see that there is a statistically lower chance that a tornado will occur there. This is why rural areas are ‘more likely’ to be hit by a tornado rather than any other environmental factors.

Major cities are also typically planned away from areas that are prone to disasters, such as the Great Plains in the United States. In fact, when building plans are made, the likelihood of disasters striking is an important consideration as that can have an impact on the value of homes and more.

Where Do Tornadoes Happen?

We now know that tornadoes are less likely to hit cities, but where are they more likely to happen? In the United States, tornadoes happen commonly, and the country has the highest rates of tornado occurrences recorded every year.

In fact, the area of the United States where the most tornadoes happen, the Great Plains, even has a tornado-inspired nickname: Tornado Alley. Here, strong tornadoes are common, and they happen very frequently as well. But why is this area so commonly exposed to tornadoes?

The answer lies in the geography of the region. Warm hair from the gulf of Mexico will typically meet with the cooler air from the Canadian side, which helps to create an environment where tornadoes can occur.

Because of these conditions, scientists can understand what situations make it more likely that a tornado will occur. For example, there are times of the year when tornadoes can be expected. In the Great Plains, tornados are typically expected between May and June when the conditions are right.

What Causes A Tornado?

It is important to know what conditions are necessary for the creation of a tornado. Typically tornado formations occur when there is a sudden interaction between very warm and humid air and very cold and much drier air from different areas.

Because of this, the two air types interact with each other. The cold air is denser and is pushed over the warm air, which can lead to a thunderstorm. The warm air continues to rise in between the cold air as it is less dense. This creates something known as an updraft.

After some time, the updraft can start rotating if there is some variation in the direction or wind speed. This is called a mesocyclone, and it continues to draw in the warmer air from the thunderstorm and the nearby area. This causes the speed of the updraft to increase even faster.

As cold air continues to enter this mesocyclone, the speed is amped up even more, and still more energy is built up into it. Finally, the moisture in the warm air creates water droplets which can form a special kind of funnel cloud. This is the start of the formation of the tornado as we know it.

The funnel will continue to grow, being fed by the cold and warm air and the formation of water droplets. It grows until the point that it touches the ground, which the funnel then creates a tornado. The tornado then continues to grow until the pressure is relieved.

Tornados can be difficult to predict, but watchful monitoring systems, alerts, and warnings can make a huge difference in the extent of damage that a tornado can cause. Evacuations are one of the most crucial tools to prevent the loss of life, and in areas where tornadoes are common, they can prepare the infrastructure to be largely safe in the case that a tornado hits.

Now that you know more about tornadoes and where they happen, you might have a better understanding of why cities are less likely to experience this type of natural disaster.

However, it is important to remember that no matter where a tornado strikes, it can still be devastating for the local area. And taking steps to prepare for this kind of weather event can help to keep you and your loved ones safe. We hope this article was informative and helpful!