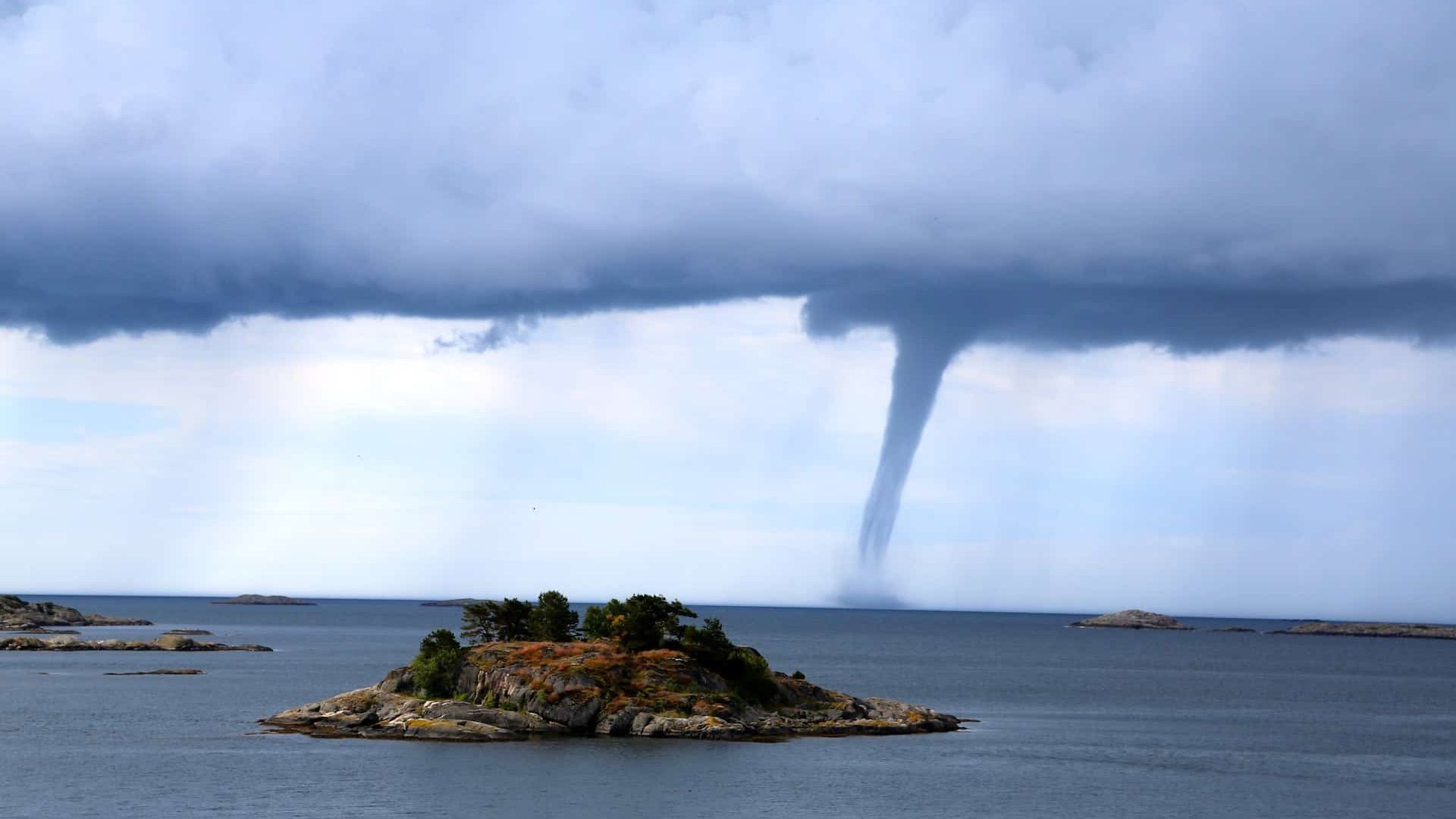 What Happens When a Tornado Goes Over Water?

Tornadoes can do a lot of things we may never really imagine at first. However, one of the scariest things imaginable is a tornado crossing over to land from water or the other way around. Is this a possibility, and can tornadoes survive when they are on the water?

Tornadoes can go over water and can even be created on water. While most tornadoes that are created on the water are harmless, some can cause a lot of devastation to the nearby area. In such a case, anyone close by should immediately seek shelter and avoid its path.

Are you interested in learning more about this fascinating phenomenon? In this post, we will be taking a look at how tornadoes form over water, what happens when they are there, and what these tornadoes even look like. So stay tuned for more information!

Can Tornadoes Go Over Water?

A lot of people wonder – can a tornado even manage to make its way over water? This is a common question that many think about. You’d expect that the tornado would fall apart when on water, right? The answer isn’t always as simple as that.

The fact of the matter is that tornadoes can not just travel to water; they can also form on the water or even travel to land from the water. Granted, powerful tornadoes like this are rare, but they are still an occurrence that can come about depending on a number of environmental conditions.

Tornadoes that form over water are known as a waterspout. There are two different kinds of waterspouts, which we will discuss further in the next section. However, the water doesn’t exactly travel all the way up to the top of the tornado, but it can create some devastation along its path.

What Happens With Tornadoes Over Water?

As we mentioned above, tornadoes that form over water are called waterspouts. These are formed by a cloud-filled wind that rotates quickly over any type of water. Waterspouts can originate in the sea, rivers, and much more. The tornado forms through a cumulus cloud generated by a storm that descends to the water.

The two types of waterspouts are either tornadic or considered to be fair-weather waterspouts.

The one you may be thinking of is the tornadic waterspout, which starts out in the form of a true tornado. What this means is that a thunderstorm forms over the body of water, and the winds cause the air to rise and then quickly rotate.

As a result, a tornado forms over the water, and this can be a deadly combination, as they are often highly powerful and can cause a lot of destruction.

On the other hand, fair-weather waterspouts are more commonly seen, but the good news is that they do not often pose much danger to people. Since the clouds they come from don’t move so fast, they tend to stay in place. In fact, the presence of a fair weather spout is more part of a developing storm than a tornadic waterspout, which signals a mature storm in itself.

They don’t often last too long, with an average life of just up to 10 minutes, but there have been examples of larger waterspouts with much bigger diameters sticking around for up to an hour. The lower speed and average lifetime may make them look like they are not a risk, but that is not the case.

In fact, waterspouts are considered dangerous weather conditions, and the National Weather Service considers them severe storms. This is because storms like these can place people swimming or boating at risk. Some waterspouts can also travel to land and lead to a fair bit of destruction; however, these are much rarer situations.

How Do Waterspouts Form?

In order for a waterspout to form, the nearby air will have to be extremely humid, and the water will also need to be warmer than the air outside. The process of formation happens in a series of five steps, which have been outlined below:

Waterspouts can be a beautiful natural phenomenon, but they should still be reacted to with caution as they can also cause a lot of destruction. It is important to keep yourself at a safe distance, as these events can easily become dangerous if not taken seriously.

It’s also best to seek shelter until the storm dissipates and the spout has gone away. Stay safe!