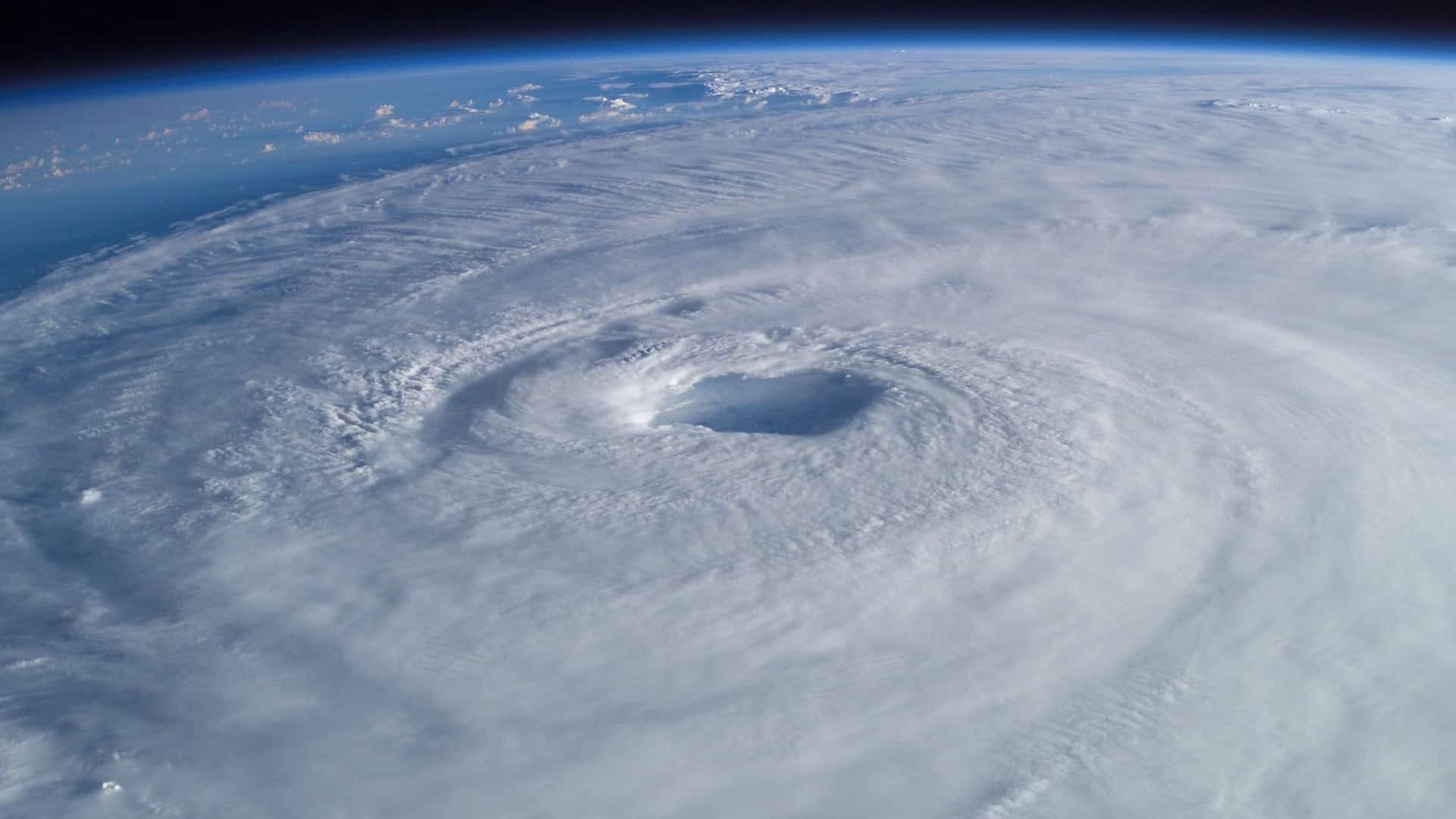 What Happens If You’re Inside the Eye of a Hurricane?

We’ve all heard of the saying, ‘the eye of the storm’ – but what exactly does that mean when you are in the middle of a hurricane? Is it safe to be outside? Can you let your guard down? People have many questions about hurricane eyes, so let’s take a look!

The eye of the hurricane is a relatively calm spot right in the middle of a hurricane system. However, it does not mean you are completely safe. While the eye can feel calm at the moment, that can change at any time as the hurricane moves or if the eye becomes smaller.

What Is The Eye Of The Hurricane?

Hurricanes can be huge systems that can cause great devastation and damage, especially when they manage to get further inland. Hurricanes are a kind of cyclone that create energy from the warmth of ocean water, moving in a counter-clockwise motion within a closed system.

The most noticeable fact about the hurricane is that it is a cluster of storms that spiral across the center, and the rest of them spiral outwards. Therefore, three parts make up a hurricane, which is described below:

What interests us in this article is the eye of the hurricane, so let’s take a closer look at it. This is usually a circular region with far slower winds (up to 15 miles an hour) and with generally calm weather compared to the rest of the storm. The eyewall surrounds this area.

Depending on the size of the hurricane, the eye can be as large as 120 miles, but the average is far smaller, which is just around 20 miles in diameter. The eye has air that slowly sinks in, creating a draft upwards in the eyewall. As a result, it often has the lowest pressure and can feel warm.

What Happens Inside The Eye?

The answer to this question depends on where you are looking at the eye from. When the hurricane is still in the water, the eye can be one of the most dangerous parts of the storm. This is because of the multi-directional waves that collapse, creating much larger waves.

However, on land, the center can be relatively calm, and the sky can appear clear – at times, you can even see the sun from inside the storm! However, it is important to remember that this is not a permanent state because hurricanes usually move through the land as a result of the storm.

The calmness can seem tempting and make it look like the storm is over. However, this is not a recommended action. Until you get information that the storm has completely passed, you should stay indoors because even in the eye, you are exposed to one major risk – the eyewall.

The eyewall circles outside the eye and is where the strongest winds in a hurricane are going to be. It is the site of the most chaos, with strong winds and rain, which can create an entire pathway of destruction. Therefore, there is always a risk that something else can happen outside.

In some of the stronger hurricanes out there, the speed of wind in the eyewall can be up to 140 miles an hour. The winds in this area also have one more dangerous weapon – changing directions. This poses a major risk as this can mean that the storm can start again in a new place without even a second to alert you of what is about to happen.

This is why experts recommend that you do not get fooled by the eye of the hurricane. As the saying goes, it is not a permanent state – it is temporary, and going outside to investigate can place you in serious danger.

What many forget when they are in the eye of the storm is that it means half of the hurricane is still yet to pass over the area. The back of the hurricane offers the same dangers as the front and in some cases, it can be even more dangerous, especially if it is still connected to the sea.

One other major risk that many may not account for is a rare hurricane event known as the eyewall replacement cycle. Many may not know that the eye’s diameter can spontaneously change, placing everything in that area at severe risk.

At the peak intensity of the hurricane, the eye can contract to a much smaller size than what it was before, as the pressure causes the storm to move closer to the center. The moisture and momentum can cause the eyewall to weaken, which can create devastatingly powerful winds.

So, when you find yourself in the eye of the storm, follow the expert advice and stay indoors. Even though things may look calm, there are still chances that you may be in danger. Stay in your shelter until you get an official alert that the hurricane has passed.

The eye of the hurricane can be extremely dangerous, not just because of the wind and rain. The risk remains when you are in the center – so always stay alert and be prepared for sudden changes due to the eyewall replacement cycle or another phenomenon. We never know what can happen, so it’s always better to be safe than sorry!