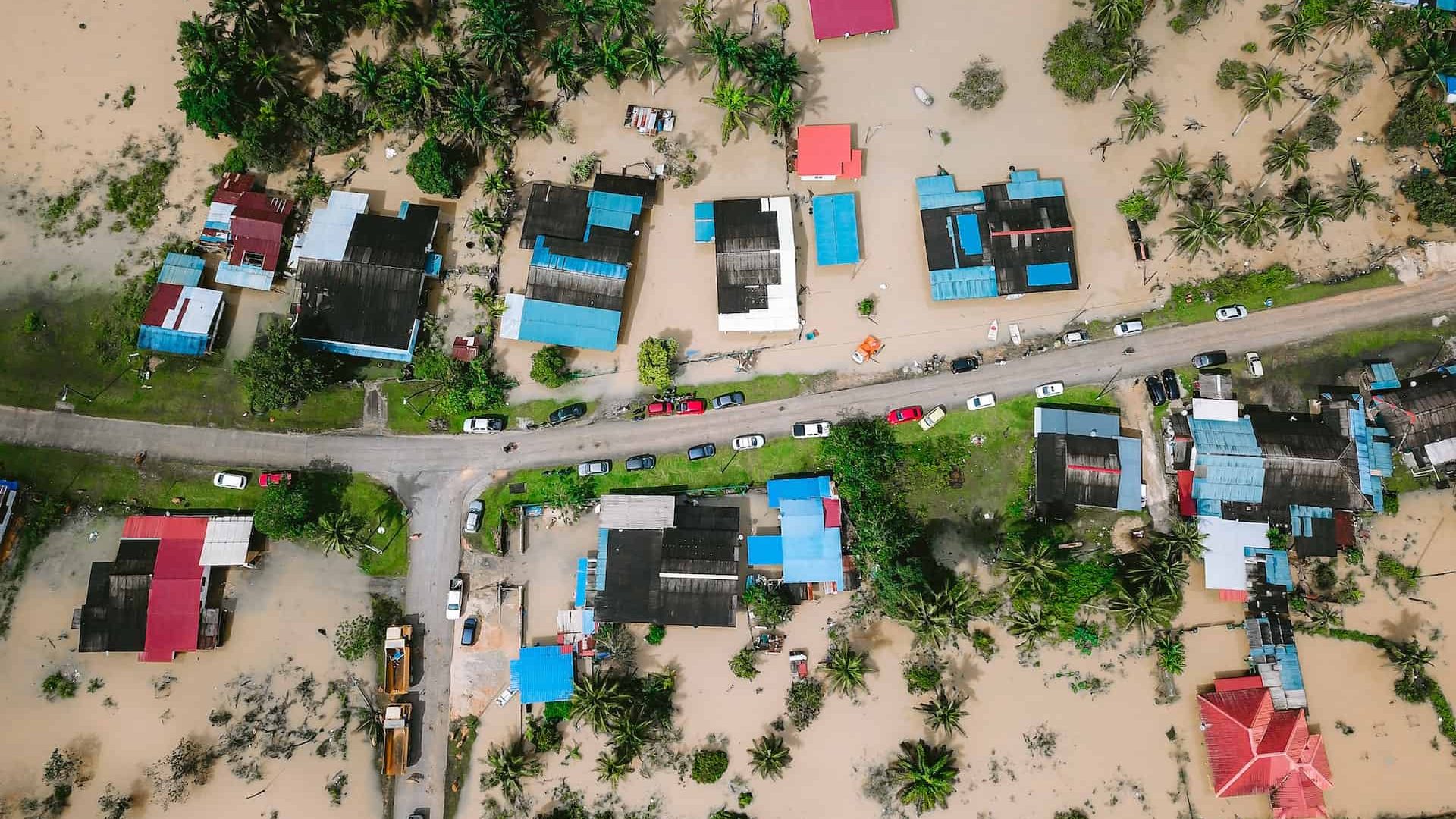 Do Hurricanes Always Cause Floods

Is your area on a hurricane warning, and are people concerned that a flood might occur? We hope you have adequately prepared for a hurricane before considering if all storms cause floods.

No, not all hurricanes cause floods. A hurricane’s category determines the amount of rainfall it brings and its destruction. Similarly, the occurrence of a storm surge or storm tide also determines if a flood will occur. Some elements of the area’s infrastructure also play a part in the occurrence or avoidance of a flood.

To learn more about these terms, continue reading and arm yourself with the information you require.

How Do Hurricanes Cause Floods?

Hurricanes are rotating violent storms accompanied by thunder and rain and sometimes can cause tornadoes. This is a natural phenomenon and is out of the control of humans. Let us look at the natural processes that occur during a hurricane that may lead to flooding.

Storm surge causes floods by pushing a large amount of water onto land from the ocean or sea. This surge of water can be intense and powerful and quickly flood coastal areas. Storm surge can also cause significant damage to structures and roads due to its strong currents and waves.

Storm surges can be even more destructive if combined with heavy rainfall. This can lead to flash flooding, where water levels rise very quickly and cause serious damage.

Storm tide is a combination of a storm surge and a normal tide. This combination can cause flooding as the water level rises above the normal high tide level. Storm tides can cause rapid flooding due to the high water levels and strong currents.

This can damage coastal communities and cause extensive flooding, especially when combined with heavy rainfall.

Immense rainfall in a hurricane can cause floods by overwhelming the capacity of rivers, streams, and drainage systems. As the rain continues to fall, the water level rises and can lead to flooding. Flooding can occur in low-lying areas, areas with poor drainage, and typically dry areas. In addition, storm surges can push seawater far inland, flooding coastal areas with salt water.

Other Factors That May Cause Flooding

While hurricanes are classified as natural disasters, their consequences can sometimes be mitigated if adequate actions are taken. Often hurricanes may not be able to prevent floods, but poor infrastructure may lead to floods.

We shall discuss how some factors about infrastructure may lead to the flooding of urban areas due to a hurricane.

How Much Rainfall Do Hurricanes Bring?

Category 1 – Category 1 hurricanes produce between 3 to 6 inches of rainfall.

Category 2 – Category 2 hurricanes bring between 4 and 8 inches of rainfall.

Category 3 – Category 3 hurricanes bring between 9 and 15 inches of rainfall.

Category 4 – Category 4 hurricanes can bring anywhere from 8 to 15 inches of rain.

Category 5 – Category 5 hurricanes can quickly bring anywhere from 15 to 25 inches of rain.

Do All Hurricanes Bring Floods?

Other factors such as terrain, geography, and the amount of rainfall associated with the storm will determine if flooding occurs.

Chances Of Flooding By A Hurricane Based On Its Category

The chances of flooding from a hurricane depend on its category. Category 1 and 2 hurricanes generally produce minimal flooding, while Category 3 and higher hurricanes can produce significant flooding. Catastrophic flooding is associated with Category 5 hurricanes.

How Often Do Hurricanes Cause Floods?

The frequency of floods caused by hurricanes varies greatly depending on location. In some coastal areas, especially in the Caribbean and the Gulf Coast of the United States, flooding is common in the wake of hurricanes.

In other parts of the world, such as parts of the Mediterranean and the Pacific coast of South America, flooding due to storms is much less common.

How To Prepare For Hurricanes?

Hurricane preparedness is crucial to survival. The causation of flooding due to hurricanes is a secondary idea to entertain. It would help if you were prepared first. Below are some tips that you may use to arm yourself with the correct tools and a kit in a natural disaster. It is always better to be safe than sorry.

We hope this article has put your mind at ease. Natural disasters can be unpredictable and escalate at any time. Keep an eye on the news and heed warnings put out by the weather channels. Stay safe!