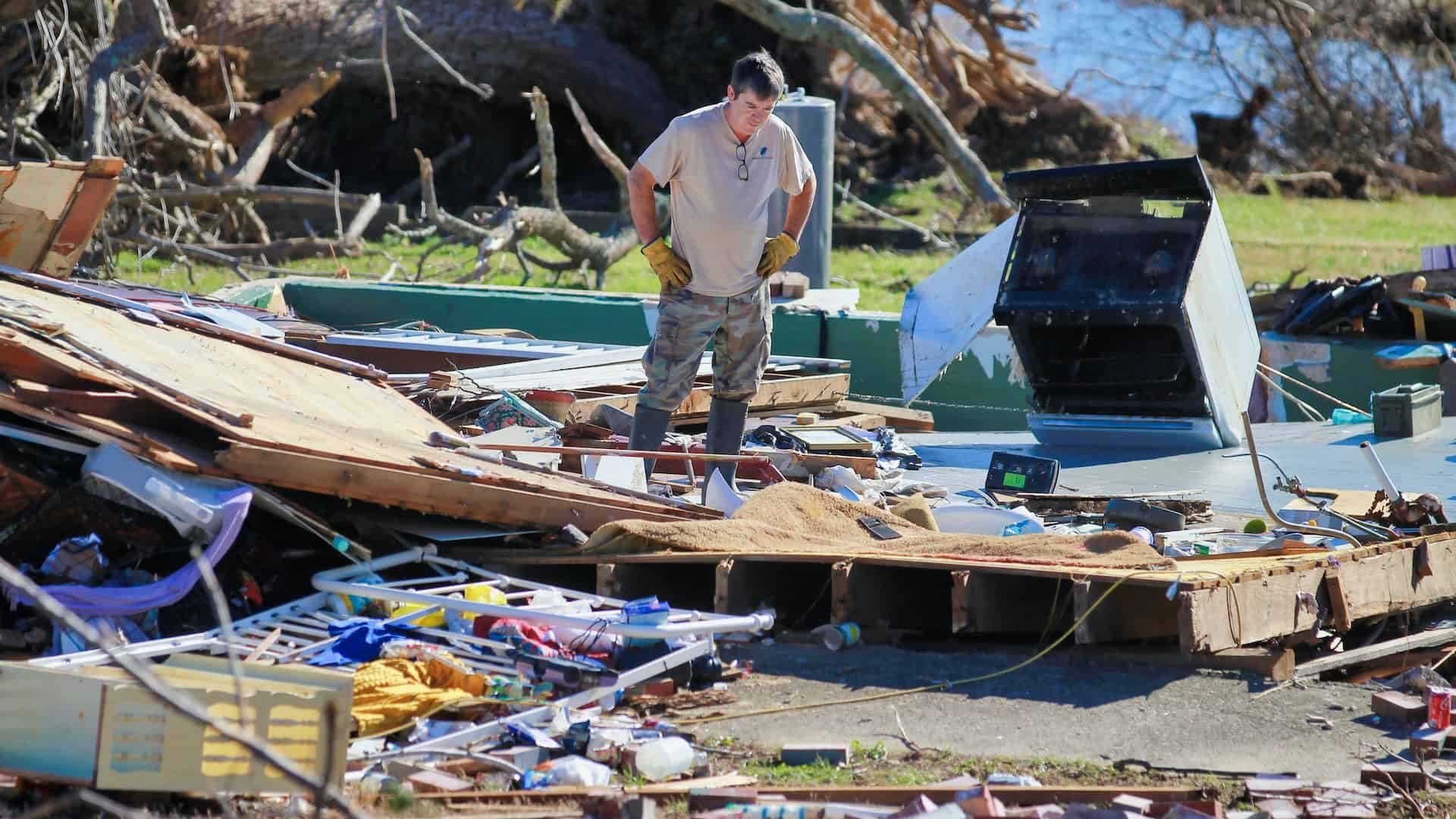 Can Tornadoes Completely Lift a House Up?

Strong winds, known as tornadoes, are created when dry, cool air collides with warm, humid air. They can have minimal to catastrophic impact. Keep reading below if you’re wondering whether tornadoes can lift a house.

Buildings can be lifted by tornadoes, and sometimes one will pick a house up by the foundation and drop it a few feet away. However, storms with powerful winds typically demolish buildings that are carried high into the air.

Keep reading below as we take you through more in-depth information.

What is a Tornado?

At least superficially, a tornado resembles a huge air vortex. They are produced when two opposed air conditions—humid and warm vs. dry and cold—come into contact with each other.

Because warm air is less dense than cold air, it is forced over the cold air and displaces it. Air can begin to spin as it ascends as a result of abrupt modifications in the wind’s direction or velocity. An updraft is produced as a result.

Mesoscale convective systems, which are aggregations of thunderstorms that can cover whole US states, produce the funnel-shaped clouds that characterize a tornado. More precisely, the “supercell thunderstorms” which are present in the center of such systems are where the funnel clouds originate.

How Strong is a Tornado?

You’re probably assuming that a tornado is incredibly powerful, given its massive, violent nature, and you would be right. The winds are slamming relentlessly and with great ferocity. The majority of persons caught in tornadoes will perish because the winds have picked up other things, which can then be blown at you with tremendous power.

How Fast Can a Tornado Move?

A tornado is said to move at extremely rapid speeds. They can produce winds that travel at over 200 mph (miles per hour). They can effortlessly pick up a variety of objects, including people, and debris, because of their power and speed combo. In actuality, their speed contributes to their power by increasing their forcefulness.

Can Tornadoes Lift a House?

Extreme winds may cause homes to topple, slip off their ground, or even be entirely lifted away. Based on the wind’s path as well as the roof’s angles, winds will either slow down or speed up when they encounter structures.

Directly incoming air exerts pushing force on a vertical surface, whereas air arriving from the other side exerts suction or pulling force on the opposite wall. Additionally, pushing and pulling forces will be applied to roofs. As the air accelerates up to keep up with the air moving over the roof, side walls exposed to the wind always experience a pulling or suction pressure.

These pushing and pulling forces will vary based on the angle of the approach because winds can arrive from any direction. At the same time, internal stresses on the walls and roof would also be present.

These pressures will be stronger the larger the gap. A garage is an excellent illustration, particularly considering how poorly most garage doors prevent air intrusion. The garage door seems to resemble a balloon that is being blown up when there is a high breeze.

Air will be drawn out of the garage if the wind is blowing from the side. The garage is frequently the earliest and worst-hit area when a house sustains major wind damage.

Where Do Tornadoes Come from?

Where do these ferocious and erratic storms originate? Why do they demolish certain structures while leaving other ones standing? And is there any way weather forecasters might provide a bit more forewarning to those directly in their path?

Tornadoes are more prevalent under specific circumstances. They are, therefore, relatively predictable in that regard. However, no one is ever able to predict where, when, how powerful, or the number of tornadoes a thunderstorm will produce.

When the air becomes extremely volatile and strong winds occur, which is when winds at various altitudes travel in varying directions or at varying speeds, the conditions are favorable for tornadoes. A significant thunderstorm is the first outcome.

Warm, humid air is building within the massive thundercloud, whereas chilly air is descending along with rainfall or hail. All these circumstances may cause swirling, rolling wind patterns within the cloud. Even though it starts horizontally, this rotating column of air may readily become vertical and fall out of the cloud. It becomes a tornado when it strikes the earth, posing a serious threat to everything in its path.

Certain tornadoes have the fastest winds ever recorded inside the rotating column. They have been recorded moving at more than 300 mph! The rotating column of air can occasionally lift off the ground before re-entering it at a different location along its course.

How to Stay Safe During a Tornado?

The wisest course of action to follow is to calmly seek refuge in a stronger structure if you are at home. You do not want a structure that can be quickly toppled or swept away. When changing buildings, go with extreme caution and only if it is completely secure. When a tornado is roaring out on the road, you do not want to evacuate your home.

Once you’ve located one, move to the center of the space. It’s better to avoid being stuck in corners since they tend to accumulate a lot of debris when a tornado hits. Additionally, stay away from any windows in the area for understandable reasons. You do not want to be dragged out of the window or covered in shattered glass.

Additionally, you should choose the ground floor. It’s still better if the home has a basement. If you can’t access a cellar-style room, a tiny room without windows, like a bathroom or perhaps a closet, will work just fine.

Yes, a home can be entirely lifted by a tornado. In this article, we discuss the reasons behind it as well as the safety precautions you might take. We hope that this knowledge may come in handy for you.